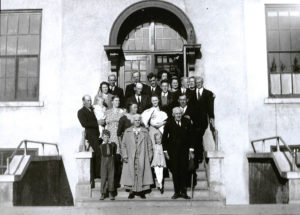 Peter was a farmer and worked for many years at Rosenfeldt’s farm in Herbster. Marie was a homemaker, loved to knit and crochet and later cooked at the Herbster school for many years. They had three children: 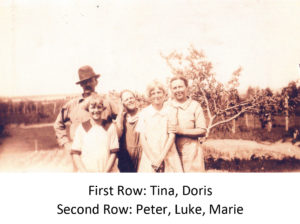 Marie’s father was Minne “Hendriks” Vander Plaats. He left Holland in 1911 for America because he could own land and farm in Wisconsin. He and his entire family (two sons, three daughters and his wife Dieuke) all immigrated to the United States through Canada. They settled in Herbster in 1912. The F.H. Bartlett Land Company of Chicago had plotted out “Orchard City,” or the town of Herbster. Minnie Beeksma was a land agent who recruited in Friesland, Netherlands to bring families to settle in the Northern Wisconsin area.

Their children were all born in Holland:

See “VanderPlaats, Minne and Dieuwke” for more information on them.