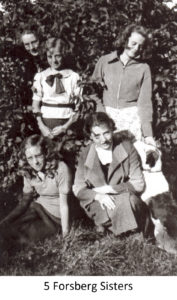 Charles later sold the west half of his 80 acres to his brother John. The land was used to raise apple trees as well as strawberries, raspberries, hay, grain, and pasture for horses and dairy cows.

Gladys loved to write and helped edit the first two school newsletters (The Echo) in 1930 and 1931. Elvina did the artwork including portraits for the newsletter.

In September of 1931, Gladys and Elvina died of polio. Signe also had polio but survived. Two other young people in Herbster also passed away. No one came to the funerals as other families were afraid of contracting the disease. In 1937, the mother Marie died of a stroke. In October of 1947, Aili died from complications of diabetes. Charles lived until June 14, 1964. 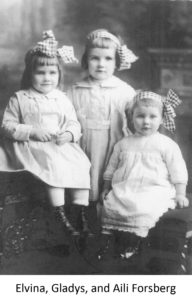 May went to Ashland County Normal to become a teacher. She married Fred Faye on December 26, 1955. He taught at South Shore and later in St. Paul. They had six children. May died on April of 1967 from cancer. 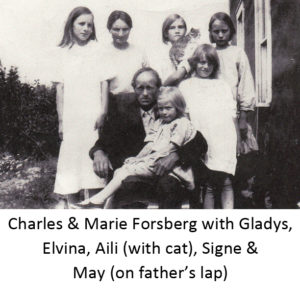