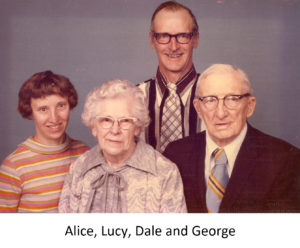 George and Lucy Glasener moved to Herbster with their daughter Alice in 1949. They lived on Bark Point Road for a few years. In 1954, they bought the apple orchard located on Clover Cemetery Road from Cybil and Carl Erickson. Their son, Dale, came to Herbster in 1955 to help run the orchard. Their other children, Ann, Marge, Hattie and Bill remained in Iowa. George and Lucy, with the help of Dale and Alice, ran the Glasener Orchard until 1972 when they retired to Iowa. Alice and Dale continued to run the orchard until 1998 when they sold it to Dan and Kristine Kavajecz. The apples are some of the best around.

They also had one and one half acres of strawberries until the 1980’s, and the neighbors helped pick them. Many strawberries were sold for several years to fruit stands in Superior and Hayward. The rest would be prepared and frozen in large containers to give as Christmas gifts in Iowa. Alice and Dale still live up the hill from the orchard. 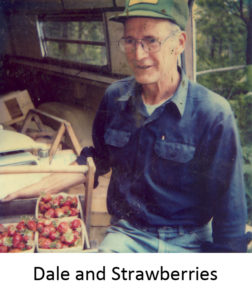 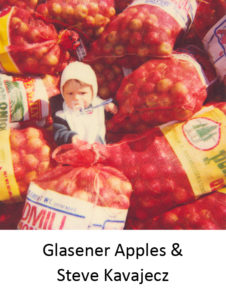